Dev Demographics: Who is the Developer Media audience?

Here at Developer Media we focus solely on the software development space and helping you connect with the developers you need to reach. We represent thousands of the most influential websites, online communities, blogs and projects serving the software and app development market.

But just who exactly are the millions of professional developers that visit our network each month? We recently conducted a survey of over 450 CodeProject members to garner greater insight into that very question.

94 percent of our devs are professional programmers

If you’re looking to reach experienced professional developers then you’ve come to the right place. When we asked survey respondents how long they’ve been working as a developer, we found that nearly half (44 percent) of our audience has been programming for over 15 years! 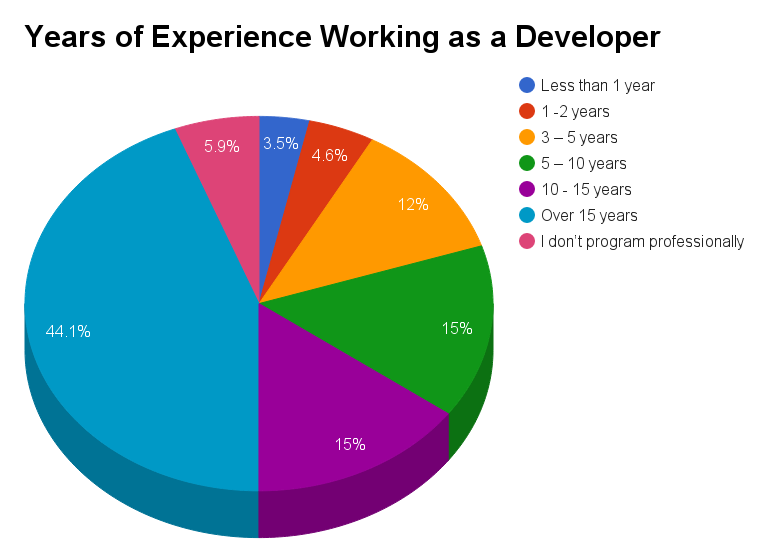 Our devs are working in all industries and verticals

While IT companies remain among the largest employers of software developers, the fact is that companies across all industries and verticals have a growing need to add more developer talent to their rosters.

Just over 37 percent of our developers are working for information technology companies, about 9 percent are employed by financial institutions, and about 7 percent are working in healthcare and manufacturing respectively.

Many of our devs also work in the engineering/construction and government sectors, which each employ about 6 percent of those we surveyed. 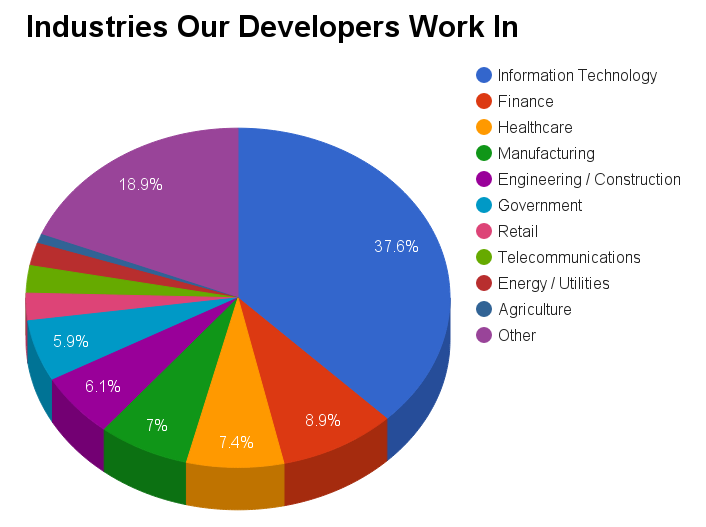 Over half our audience identifies as “Enterprise Developers”

Equally important as distinguishing the top industries that our audience members work in, is understanding the types of software they are developing and types of users consuming those apps.

When we asked our survey respondents what type of development they do, over 53 percent identified as Corporate or Enterprise Developers. 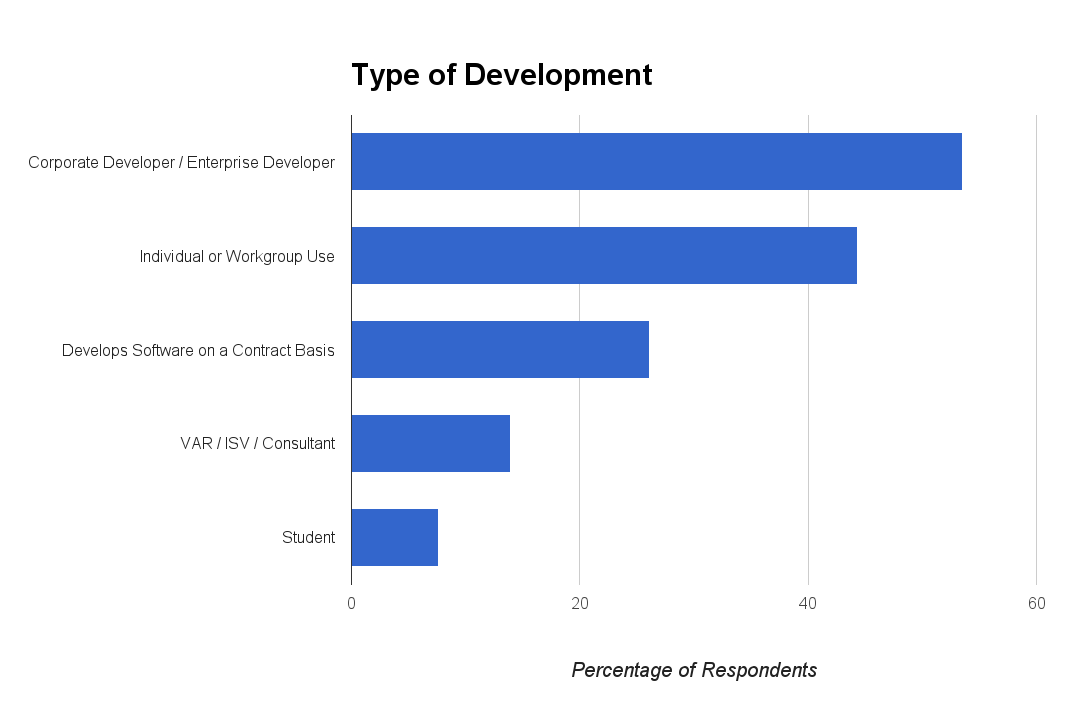 We also found that about 44 percent of developers in our audience are creating applications for individual or workgroup use, 26 percent develop software on a contract basis (freelancers) and about 14 percent are doing development work as consultants, value-added resellers (VARs) or independent software vendors (ISVs).

Web apps and sites optimized for mobile were the second most popular category of current development projects among our developers (46 percent), followed by server applications and services (42 percent), and then native mobile apps (25 percent). 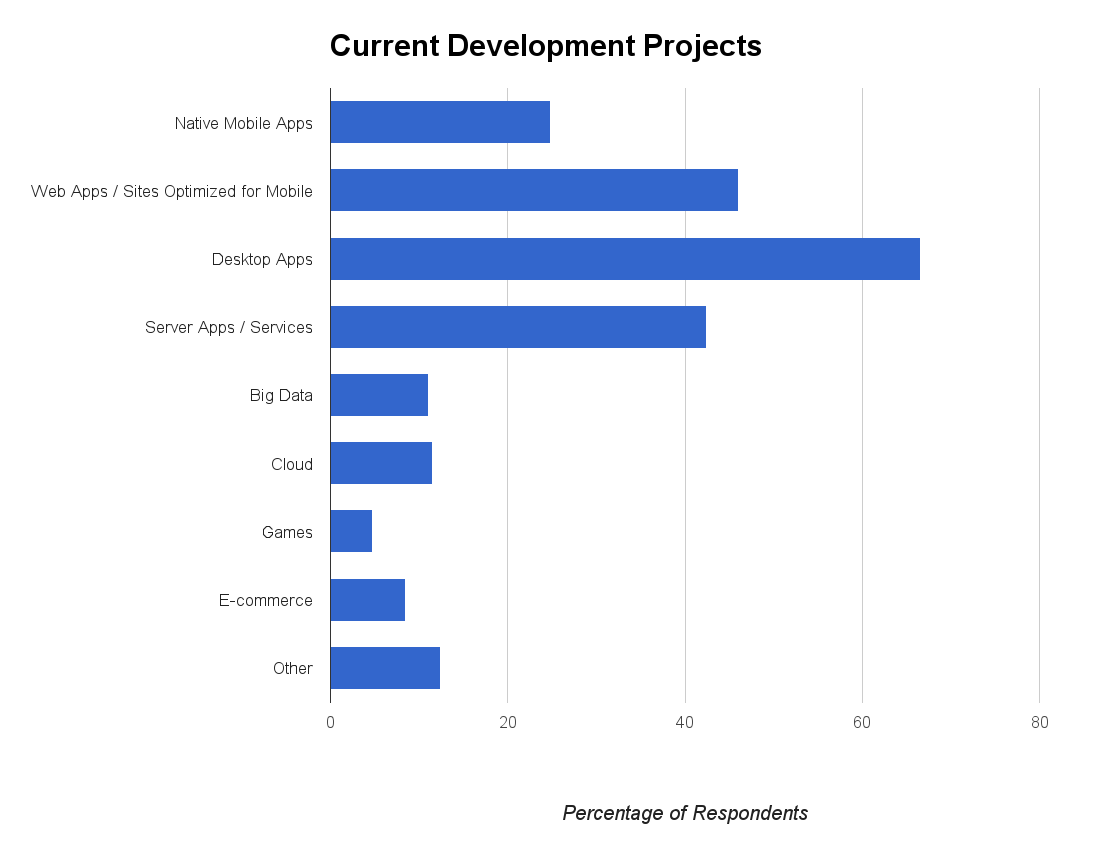 While our flagship site CodeProject.com has grown today to include articles and content on all aspects of computer programming and software development, when it began over 15 years ago it was primarily a community and resource for .NET developers.

These roots still shine through from time-to-time and our recent survey found that C# (selected by 72 percent of respondents) remains the most commonly used programming language among our devs. 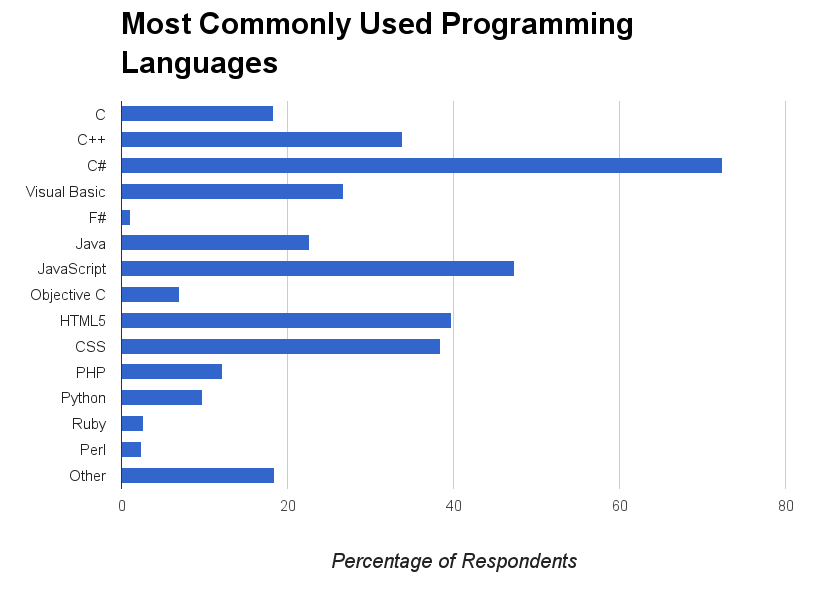 Here’s a breakdown of some of the other most commonly used languages:

Given our focus on developers it’s not surprising that “Software Developer” is the most predominant job title in our audience. That said, sometimes the title on your business card and resume doesn’t quite communicate all the different roles and responsibilities you have in the workplace.

Developers are no different and they often wear many different hats within their organizations. In our recent survey, we asked respondents to select their current job title (or titles) and the graph below outlines the top ten responses. 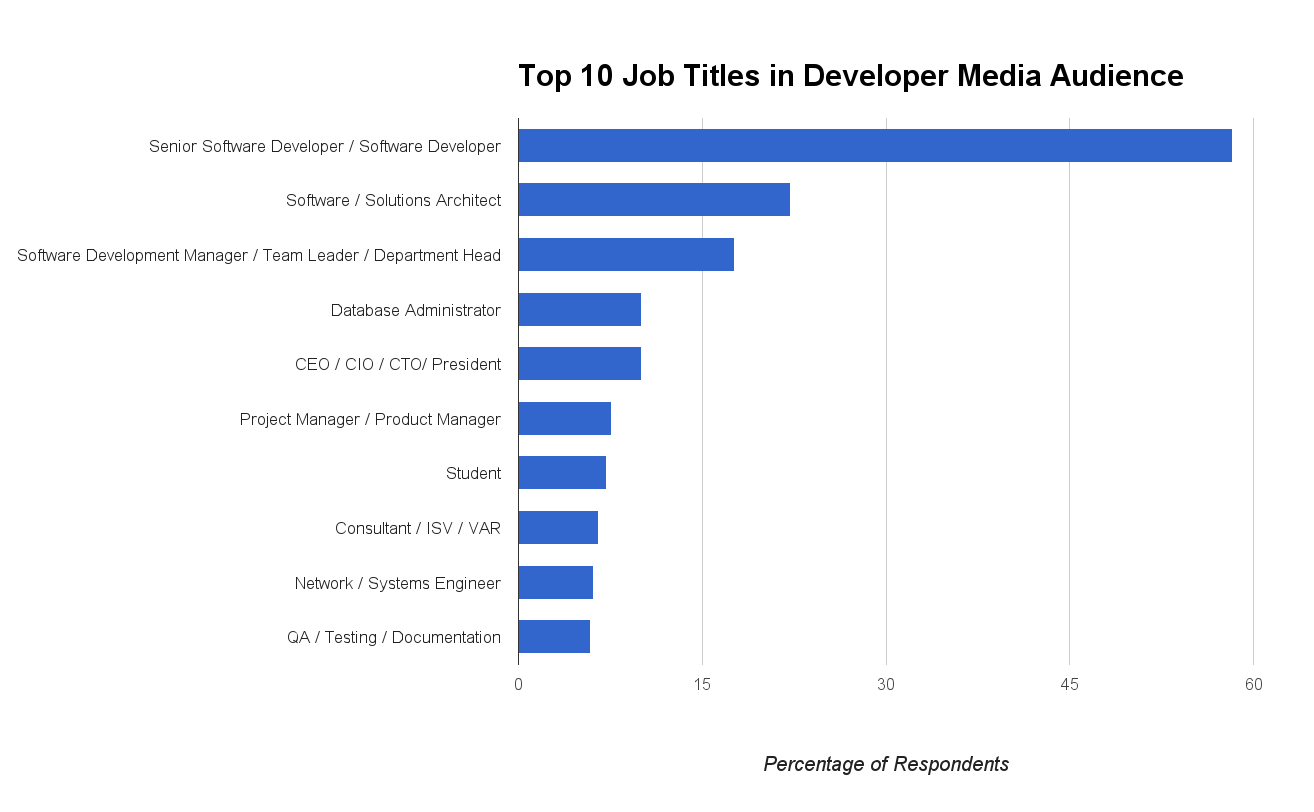 Our devs work at companies large and small

The majority of developers in our audience work at small and medium-sized businesses (SMBs). 56 percent of respondents said they work for companies with anywhere from 2 to 1,000 employees (more granular breakdowns can be seen in the pie chart below).

Following these, we found there’s a large segment of “solopreneurs” among our audience. Over 20 percent of the devs we surveyed said that they work alone. Clearly the entrepreneurial spirit is alive and well among developers! 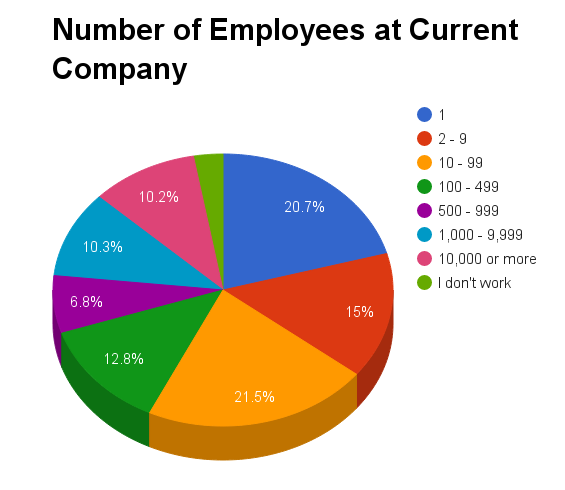 The developers in our audience wear many different hats and are employed in many different industries. They work at organizations that range in size from one-man shops, to SMBs, to multinational enterprises. And they use a variety of technologies to produce a wide-range of different types of applications for different use-cases.

No matter what kind of developer you’re looking to target with you next campaign, we can help you find them.

Get in touch today.