The capacity to influence is a wonderful thing. It implies that people have trust in your judgement and confidence in your ability to make the right decisions, and that you have knowledge and experience that can be used to guide others’ decision-making. In the developer community, influence can affect decisions around tools, languages, platforms, and procedures. Opportunities for process improvements or greater efficiency must be justified using data and expert recommendations to influence the decision. In this case, developers’ expertise matters.

In the March 2021 DeveloperMedia User Survey, Evans Data Corporation reported that developers feel they wield significant influence in the workplace, either directly by making important decisions, or by influencing decisions involving the various aspects of their working environment. The survey cited the fact that developers view themselves as forward-thinking and tech-savvy, and this increases the opportunity to influence decisions — including tool selection and purchase decisions. This data points to the need to approach and address developers accordingly when marketing to them — both by showing respect  and by acknowledging the fact that they are viewed as thought leaders in their profession.

The degree of involvement in decision-making among developers is shown in Table 1, using data taken from our own developer audience.  The level of influence indicated in the survey ranges from influencing almost half of purchase decisions to directly approving/authorizing almost 15% of expenditures. Equally important is the budgeting process for development expenditures —  with over 10% of developers involved. With this level of input in all phases of the purchase process, it’s easy to see that developers should be a sweet spot in advertising efforts and marketing plans. 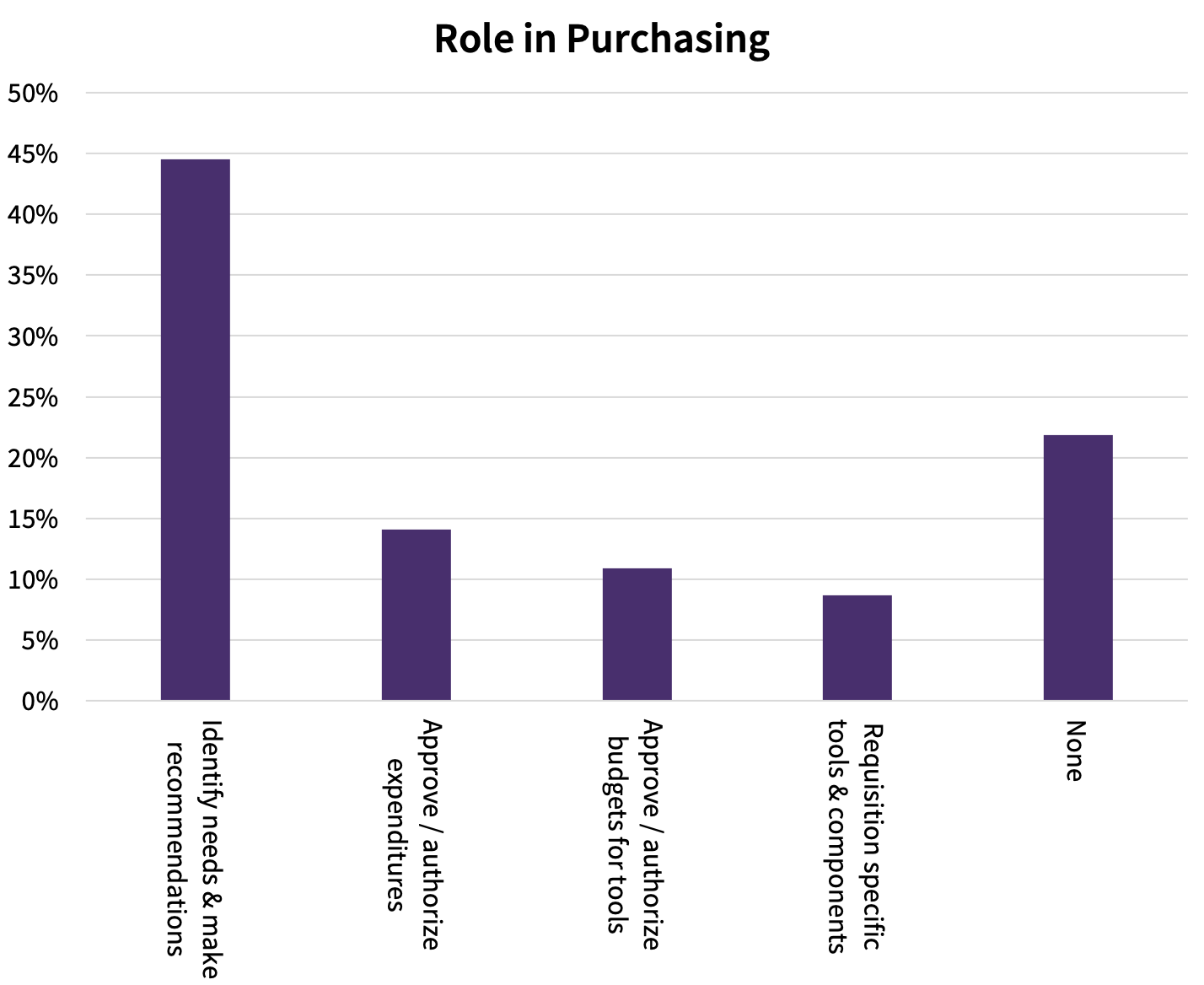 In another survey, The State of the Developer Nation, conducted by SlashData and also published in March 2021, the data was even more compelling, indicating that 92% of developer team leaders are involved in purchase decision-making. But the results of this survey go beyond mere percentages. They clarify  the differences between team leaders and CTOs, as well as hands-on developers. While CTOs may have the highest degree of authority, team leaders have the highest degree of influence, primarily due to the level of experience they bring to the table.

What are we if not the sum of our experience? Experience plays a significant role in hiring decisions, and grows throughout a developer’s career. Table 2 below summarizes data gathered and presented by SlashData™ and shows the relationship between years of experience and involvement in various levels of decision-making. Clearly, experience matters more as responsibility increases. Interestingly, the report also found that decision-making authority among developers was not related to a company’s size. In essence, the results reveal that management often places more trust in developer experience than in processes designed to increase confidence in decision-making, such as proof-of-concept. 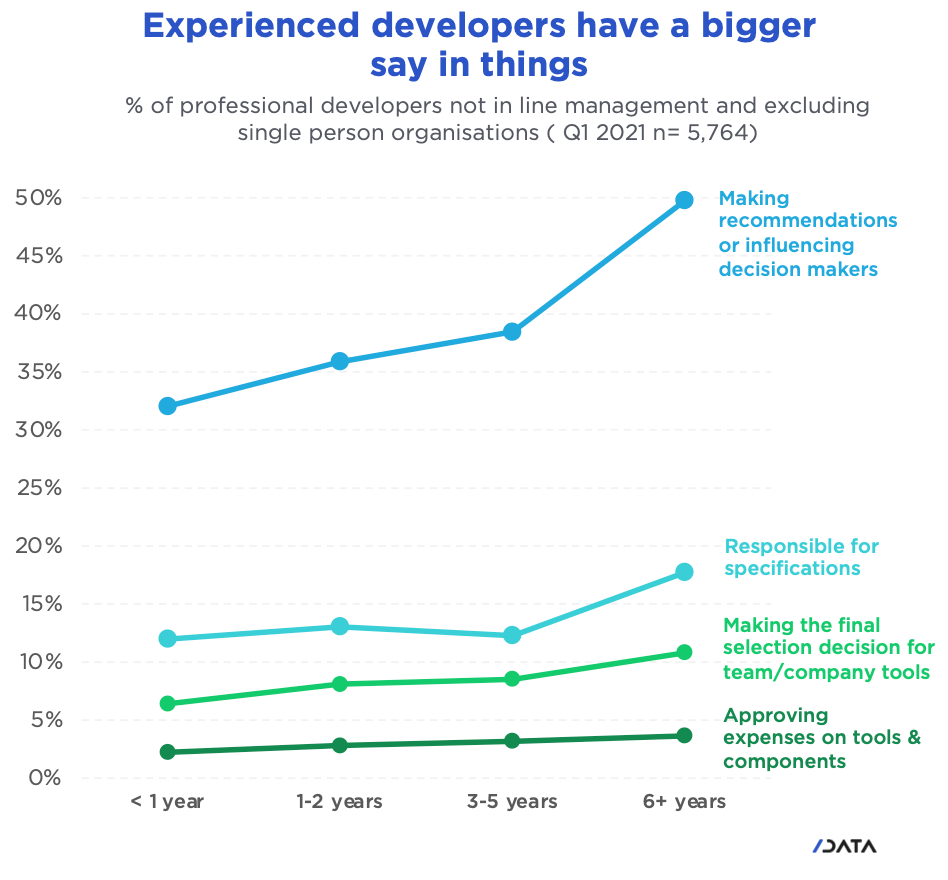 How To Reach Influential Developers

The data from these two surveys shows that developers are key influencers in purchase decision-making. Successful advertisers working to communicate with this audience understand the needs and motivations of the developer community — and specifically lead developers — who have experience which places them in a position of influence. A number of paths can be taken to reach the developer audience, which we discuss in greater detail in our D2D Advertising Guide.

When developing your advertising strategy, it is critical to include the developer audience in that strategy. It’s also critically important to recognize that a significant number of developers are thought leaders, as well as people who are well educated and technically adept. They know the working environment, and as thought leaders, they are open to testing new tools and processes to gain efficiency. Focus on offering developer influencers a wide range of content, including the technical content they need to assess the utility of your product or service for their use cases.

If you are focusing on lead developers who have considerable influence on purchasing decisions, DeveloperMedia’s expertise and experience can help. DeveloperMedia has the resources to help you develop campaigns which are effective and provide measurable results.